Apple Watch Will Be Officially Released Next Week In Israel

Before Apple Watch released its new updates in software and bands in the upcoming month. Now the company is focused on the initial launch of its Apple Watch product.

The next country in line – Israel. Still does not have an official Apple Retail Store. It sells the authorized Apple products solely by resellers. It will start offering the new Apple Watch for the first time starting from next week. 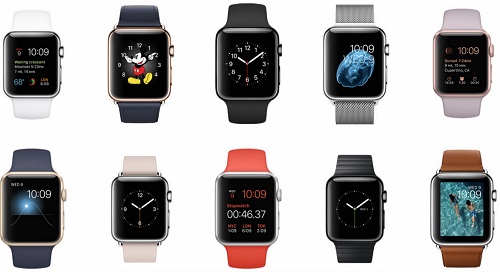 The Apple Watch is expected to be available in iDigital. It is an authorized reseller in Israel. The models that will be offered are few select stainless steel models. The Apple Watch Sport at a starting price of 1,999 NIS or roughly around $430 without taxes. The launch date in Israel will be on Thursday next week, February 11th.

This is a major breakthrough for Apple because up till now their sales in Israel were made only via unofficial channels which affected the prices and many people had to make out of country purchases.

Even though the CEO of Apple Tim Cook and his partners have held several meetings in Israel over the course of last year regarding the intention of spreading Apple’s facilities in the country, the rumors that Apple Watch will not be available for sale in Israel until the beginning of 2016 was spread only last year.

During last week’s meeting, Tim Cook said that currently Apple Watch is being sold in 48 countries at more than 12.000 locations. This is a big success. Especially knowing that Apple Watch was released only last April in nine countries. Later adding seven more. After that steadily continuing to add new locations around the world.

The official introduction of Apple Watch in Israel follows closely the timing of the recent expansions of languages that Apple’s dictation and voice assistant supports. In the course of 2015 with the release of iOS8, Apple’s devices have added Hebrew support for speech to text dictation, while iOS 9 improved the right to left language support. Now, the latest iOS 9.3 implements Hebrew Siri support which is a major character on Apple Watch.